The smoothness of Nitro

I'm a huge fan of nitro cold brew. It's smooth (akin to a Guinness), doesn't require a bunch of milk, and packs a punch. One of the few places you can consistently find nitro is Starbucks (though you should check the app to make sure they have it listed as an amenity). It's fine... but it's not great if you want to support a local coffee shop.

I was fortunate enough to have an excellent roaster near my old house that served nitro - but it was often down and needing to be serviced. It wasn't quite McDonald's ice cream machine spotty, but it was consistent enough that I would often call ahead. This issue isn't isolated - it's a common problem for coffee shops.

Enter the Steamed Iced Americano. This drink recently popped up on r/espresso and it's taken the subreddit by storm. All it is is an aerated Iced Americano. Super simple to make and gives that smooth, rich, creamy taste of nitro.

Here's a video of it settling after aeration: 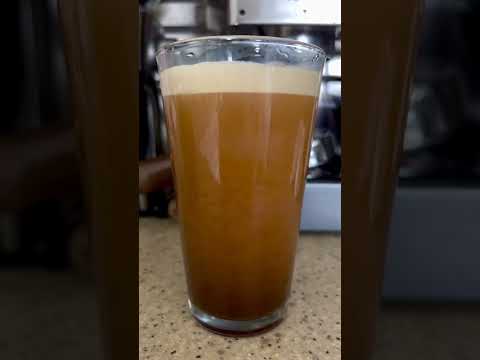